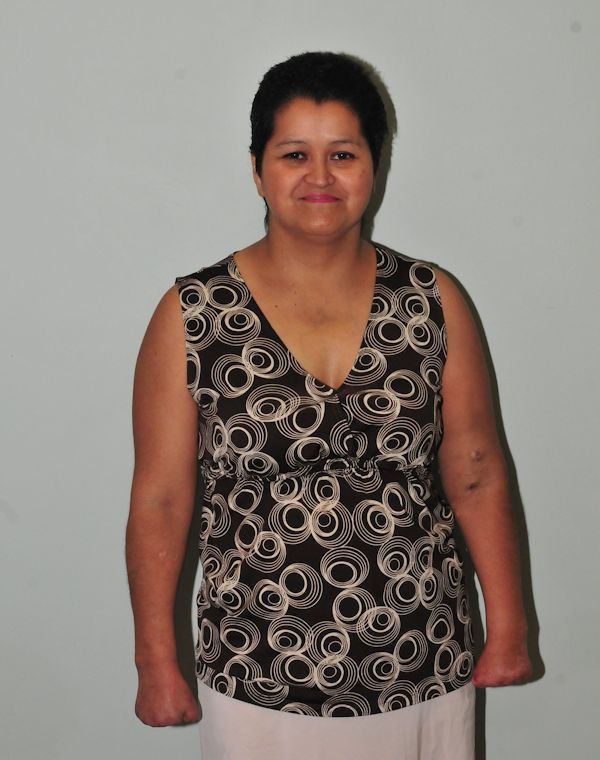 Anna Romero is a 34 year old single mother with 5 children (4 girls and one boy), all under the age of 16. Anna is originally from El Salvador, immigrating to the United States with her family when she was just 7 years old. Anna lost both of her hands and both of her legs (below the knee) four years ago due to an infection caused by meningitis. Prior to losing both hands and legs, Anna was a line cook at an ethnic grocery store – a place she’d like to return to work to someday. You will not meet a more positive and self-sufficient person than Anna.

Anna is beginning treatment by Jan-Morgan Gainer of Advanced Prosthetic Research, using Touch Bionic’s prosthetic technology. Touch Bionics was first formed in 2003, and produced their first full hand in 2007 and their first partial hand in 2008. The need for this type technology was significantly heightened as a result of all the returning vets from Iraq. For more information about Touch Bionics, see http://www.touchbionics.com. 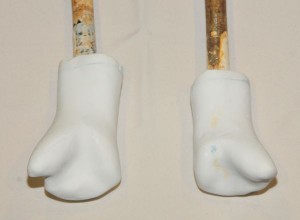 To prepare for fitting, molds were made of Anna’s hands and arms – see images to the left. This allowed for the creation of a mold of each hand that will ultimately hold all fingers and thumbs of Anna’s new prosthetic digits.

Because each hand was affected differently by the meningitis, each hand is different, with different amounts of bone and muscle on each hand. Extensive testing is done on each hand to find the precise location for sensors that will be embedded in the mold on each hand and that will ultimately allow for each hand to operate the myoelectic-powered prosthetic digits.

The images below are from Ana’s diagnostic fitting. We believe they portray how committed she is to making this new technology work for her.